Pinkerton Tobacco was founded in 1887 by John W. Pinkerton when he bought controlling interest in the Worstall Cigar and Tobacco company in Zanesville, Ohio. He set out to make the best flavored scrap tobacco on the market. On August 5th, 1887, he created the formula for Red Man chewing tobacco, which has become the best-selling chewing tobacco in the world.

To grow his successful plug tobacco business, Pinkerton sold ownership through stock to seven investors. After a business dispute with the initial investors, Pinkerton bought out his original investors by selling stock to one of their largest competitors, Duke Trust and became part of The American Tobacco Company.

In 1904, Red Man Chew was launched in Zanesville and quickly expanded to Toledo and Cincinnati. Soon afterwards, Pinkerton moved their plant to Toledo. The Duke Trust was split up by the Supreme Court in 1911 using the Sherman Anti-Trust Act. The split moved Pinkerton ownership to Liggett & Myers Tobacco Company and for a while, Pinkerton brands were produced in St. Louis and Toledo. 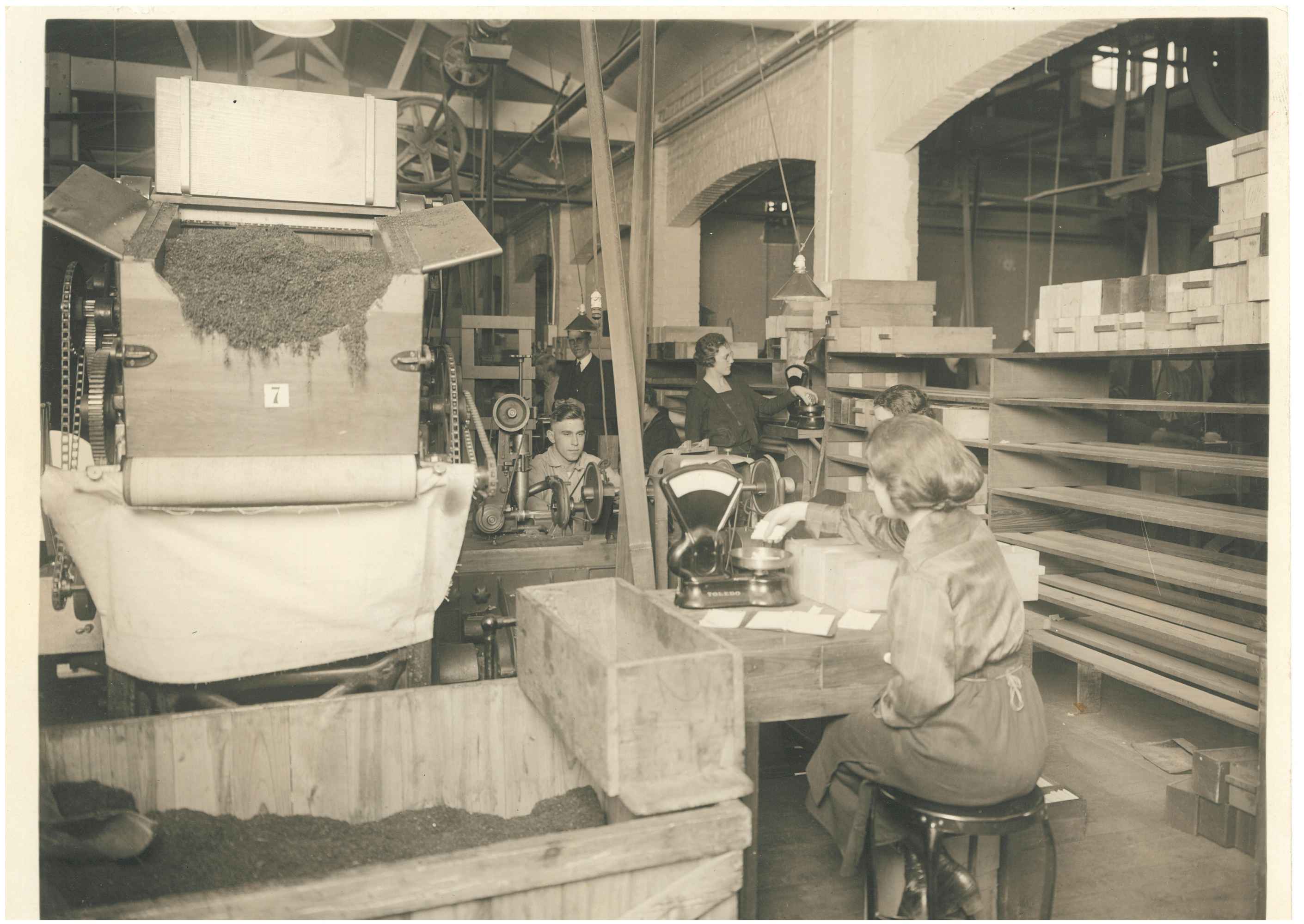 In June 1967, Pinkerton became the first manufacturer to pack all of its brands in a resealable foil pouch.

Toledo was home to Pinkerton Tobacco for nearly 70 years; however, Liggett & Myers began to encourage Pinkerton to find a more optimal location to construct a modern factory. Owensboro, Kentucky was eventually identified as the ideal location for the new plant. In 1973 the new factory was officially opened. In the early 1990s, Pinkerton launched their first moist snuff and since then expanded into more brands and expanded production capabilities.

While Pinkerton moved its’ headquarters to Richmond, Virginia in 1986, they continue to produce all their products at the Owensboro facility.